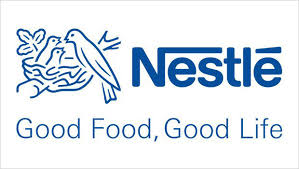 Image courtesy: Bestmediainfo.com
The Times of India
Rema Nagarajan, October 11, 2017
Read more at: Link
Many members of the Niti Aayog’s newly constituted Working Group on Nutrition have
significant conflicts of interests. Several are representatives of international agencies,
which have close ties to multinational food companies including Nestle, Hindustan
Unilever, Coca Cola, Monsanto, Mars and Ajinomoto, and which have been pushing
packaged therapeutic food to address malnutrition. The government has repeatedly
clarified that packaged energy dense food is against India’s policy on malnutrition
redressal. Niti Aayog’s own (NNS) states that policy development and programme implementation should be kept clear of conflicts of interest.
An office memorandum dated September 26 stated that the Niti Aayog proposed to
“reach for fresh ideas for New India by 2022 on improving the nutrition sector”. It also
seeks inputs on monitoring, effectively implementing and scaling up existing
government schemes etc in the nutrition sector, it added. The memorandum listed 22
members in the working group including Dr Vinod Paul, formerly of AIIMS Delhi as the
chairperson. The memorandum had no details of who selected these members or what
the criteria of selection was.
Those from the government include, Alok Kumar, adviser on nutrition in the Aayog, Dr
Rajesh Kumar, joint secretary from the women and child development ministry, Dr
Soumya Swaminathan of ICMR (who has been appointed deputy director general in the
World Health Organisation) Pawan Agarwal of Food Safety and Standards Authority of
India and Dr T Longwah, director of the National Institute of Nutrition.
Others include Dr MK Bhan former secretary of the biotechnology department and Dr
Prema Ramachandran of Nutrition Foundation of India, an NGO and a representative
from the World Bank
On conflict of interest the NNS states: “An underlying principle of action is that policy
development and programme implementation must be transparent, open to public
scrutiny and kept free from conflict of interest, with requisite safeguards. (This includes
ensuring that representation on policy, technical advisory groups and various
management committees at different levels is free from conflict of interest.)”
Yet, the members of this working group include International Life Sciences Institute
(ILSI) founded by Coca Cola, Pepsi, General Foods and Procter and Gamble, which is a
lobby arm of the food industry globally. ILSI’s member trustees include Nestle, Hindustan Lever, Abbott Healthcare, Mars, Ajinomoto and Mondelez Foods and Dr , former director of NIN who is now on ILSI’s board of trustees and is a member of Nestle’s Nutrition Council. Other members include UNICEF, Bill and Melinda Gates Foundation (BMGF), Children’s National Nutrition Strategy World Bank B SesikeranInvestment Fund Foundation (CIFF) and Tata Trust which have been in the news for
their efforts to promote the use of Ready-to-Use-Therapeutic Food (RUTF). The health
ministry had recently clarified that the inter-ministerial group to study Severe Acute
Malnutrition (SAM) had not found enough evidence to support the use of RUTF for
SAM.
Other members of the working group include Luke , founder of Herbs Nutrition
Pvt Ltd who is into helping start-ups in the area of health and nutrition, Sameer
Maheshwari founder of Healthkart which sells nutritional supplements and
founder of Picotechnologies a company into website maintenance and Amod Kanth
of Prayas, an Indian NGO.
Leading government institutions which have done extensive work on nutrition policy including the Central Food Technological Research Institute in Mysore, AIIMS Delhi, Indian Academy of Paediatrician’s nutrition chapter and MS University of Baroda are not
part of the working group. Dr Vinod Paul who heads the working group did not respond to TOI’s queries on the issue.
(If and when Dr Vinod Paul responds, the story will be updated)