From meat and fish to vegetables: These 9 charts show how India eats 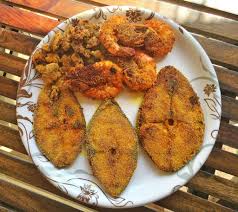 NFHS-4 report shows that daily food consumption has not changed much over last decade, but there has been a decrease in daily consumption of vegetables An average Indian family puts away almost half of its total spending on food items, data from the fourth round of National Family and Health Survey reveals(Thinkstock)

How diverse is an average Indian’s diet? Has it changed in the last decade? Do people eat better in villages or cities? What is the most-preferred food for non-vegetarians in India? Do Bengalis eat fish more frequently than other communities in India? Does a difference in caste and religious background lead to significant differences in food habits? What is the effect of gender on food habits? Do women eat better diets during pregnancy? Are fried food-items and aerated drinks more common in cities than villages?

Data from the fourth round of National Family and Health Survey (NFHS) provides some answers. The survey was conducted among six lakh households in 2015-16. According to the data, an average Indian family puts away almost half of its total spending on food items. District-level data for a wide variety of food items helps explain the food habits of Indians. 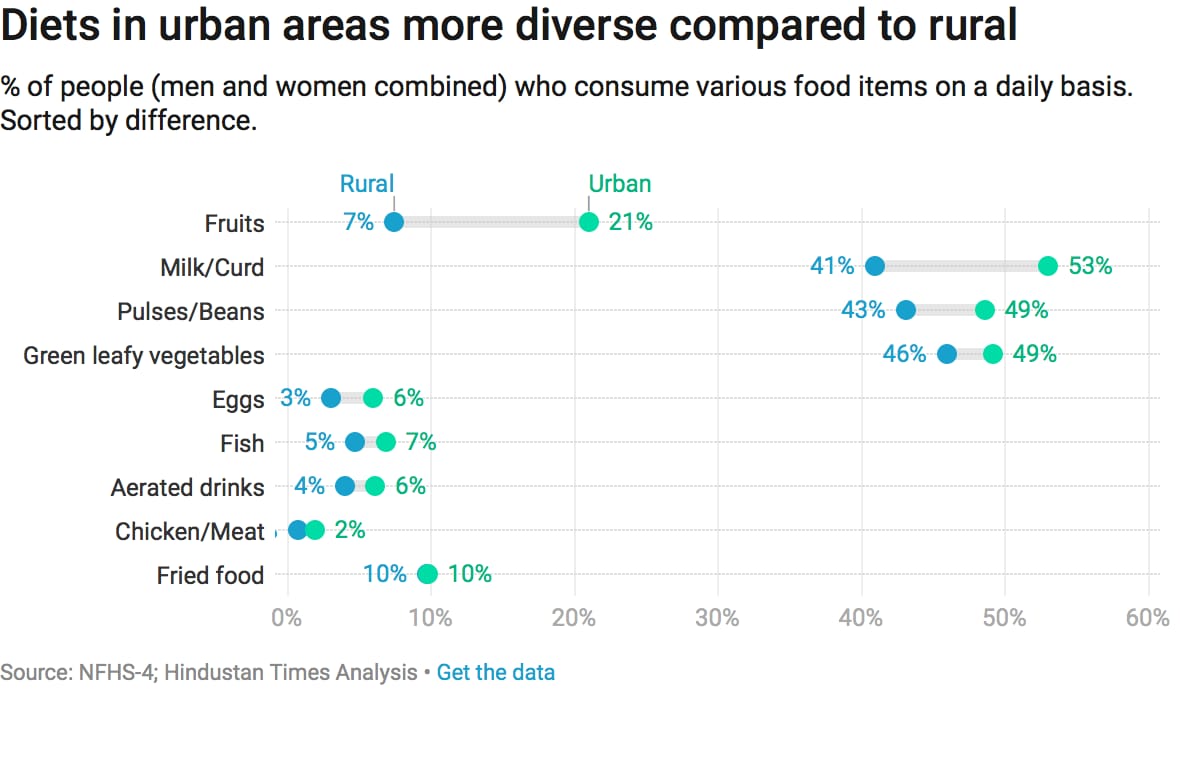 Urban Indians are ahead of their rural counterparts when it comes to eating more diversified diets on a daily basis. The explanation for this is simple: People are richer in urban areas and they can afford richer diets. There is a marginal difference in consumption of aerated drinks between cities and villages. 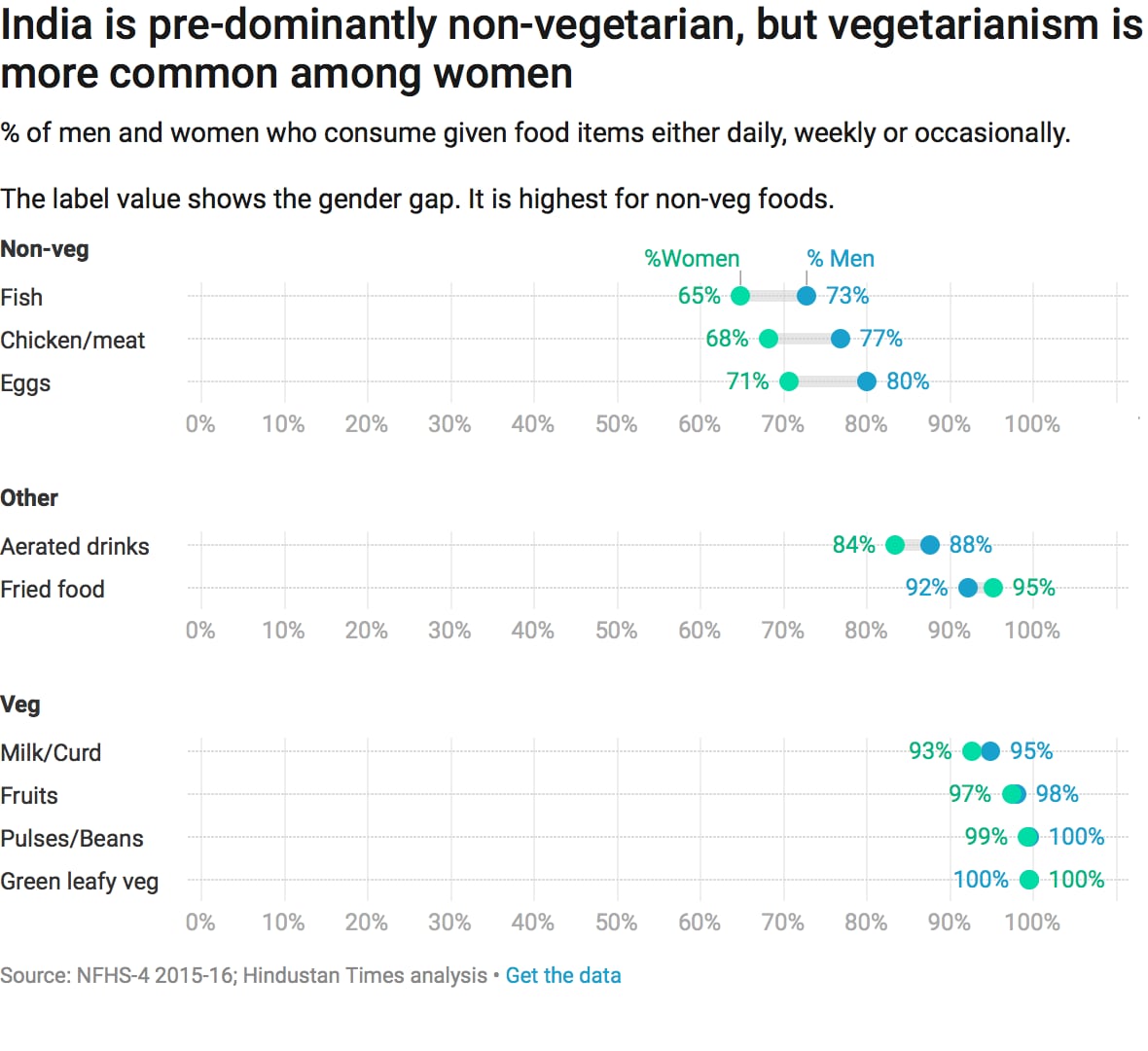 Wealth is not the only explainer for different food habits of Indians. Gender and other social factors also play a role. Various social factors play a role in dietary habits. Vegetarianism is more common among women in India. The gap between share of men and women who never eat a particular food item is the highest for fish, chicken/meat and eggs. In general, more people eat fish than chicken/meat. Even caste plays an extremely intriguing role in determining meat eating behaviour. Upper castes seem to eat meat less frequently as they become richer. The trend is opposite among SC/ST/OBCs. Is this a result of sanskritisation of sorts with increasing wealth? The question deserves a greater focus by researchers.

Another piece of statistic also points towards such a phenomenon. Men who eat meat are more likely to consume alcohol in India. We do not consider women for the analysis as alcohol consumption among women is under 2%. 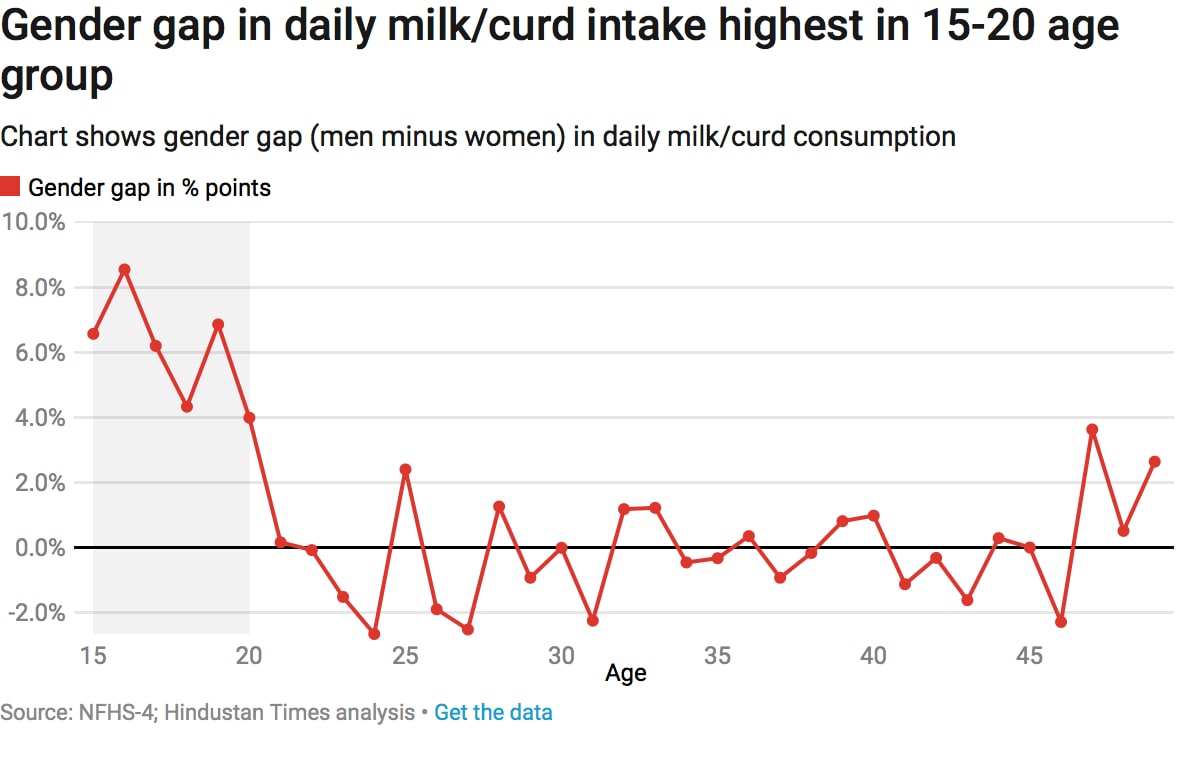 NFHS data also confirms the widely-held notion of gender based discrimination against girls in nutritional intake among children. 46% men and almost similar proportion of women consume milk or curd on a daily basis. But when we look at the gender gap in milk consumption by age, there is a significant difference among 15-20 years olds (see highlighted region in the chart). This gap reduces with age before stagnating among adults. 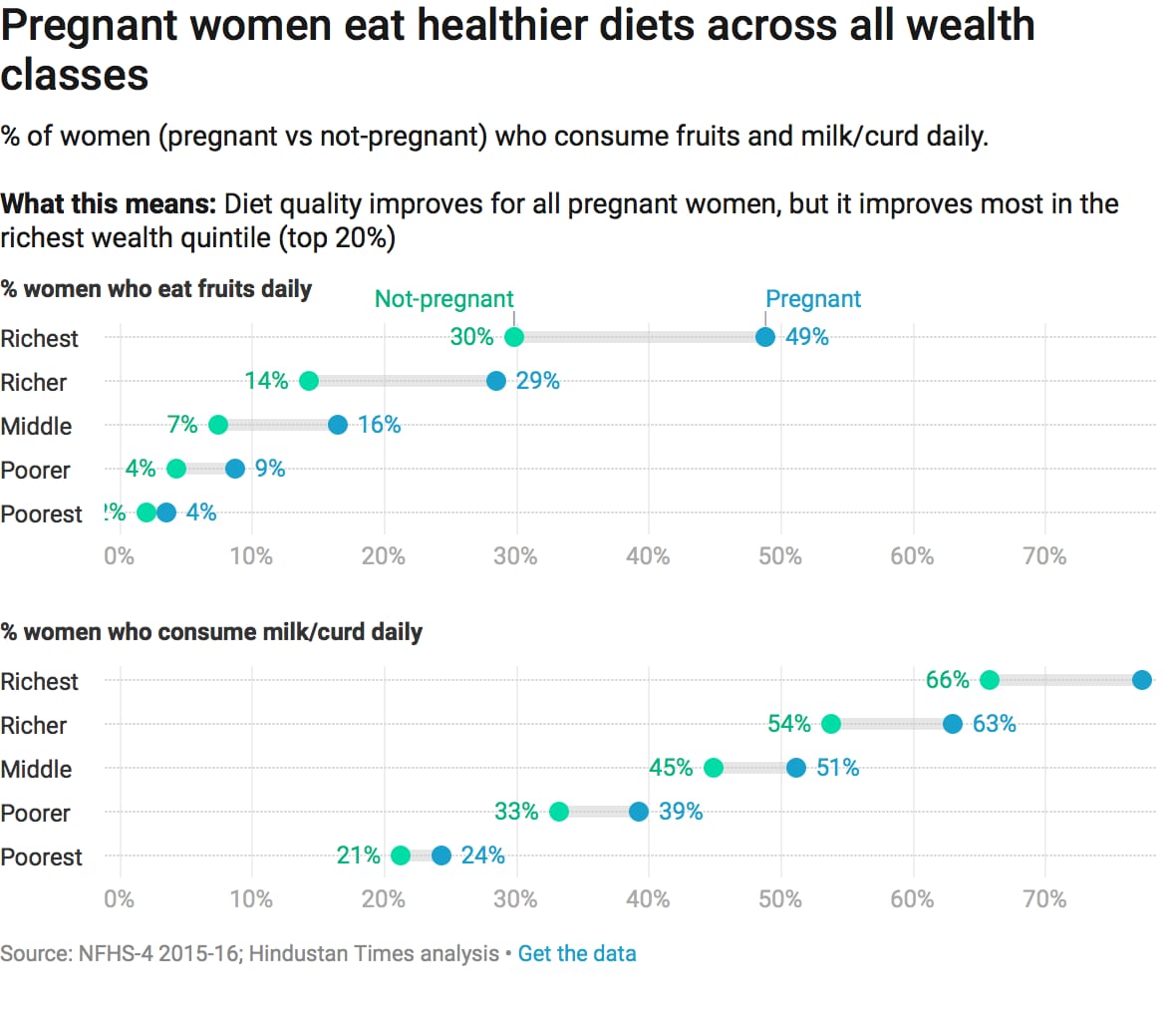 Poor maternal health is a big area of concern in India. The government spends a lot of resources on ensuring that pregnant women get a better diet. Is this effort bearing fruits? Data shows that for pregnant women, diet quality improves the most for women in the richest quintile class. This suggests that better diets for pregnant women are more dependent on private means than publicly funded initiatives. It is reasonable to assume that poor women would avail of facilities such as Integrated Child Development Services (ICDS) centres to get nutritional diets.

Non-vegetarianism in India, in three maps 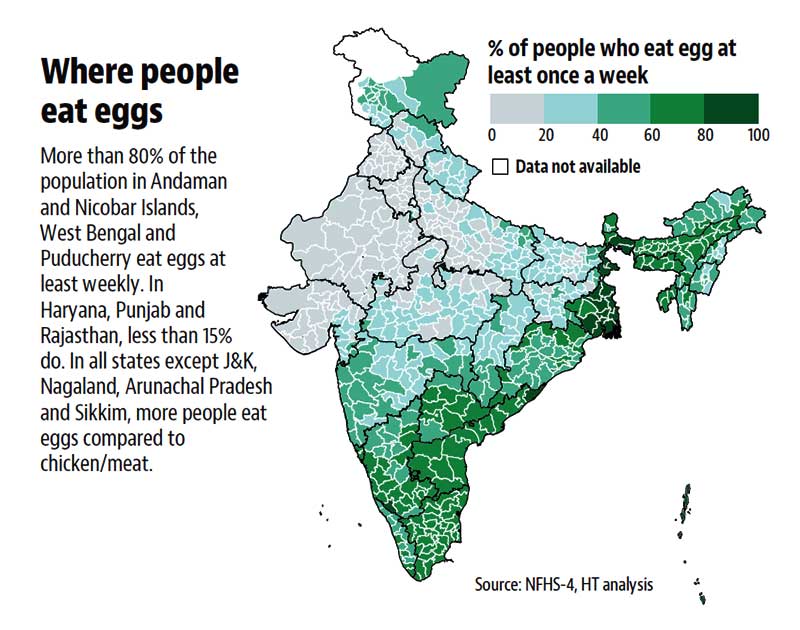 This is the first of a two-part series based on NFHS data. The second piece will examine tobacco and alcohol consumption in India.