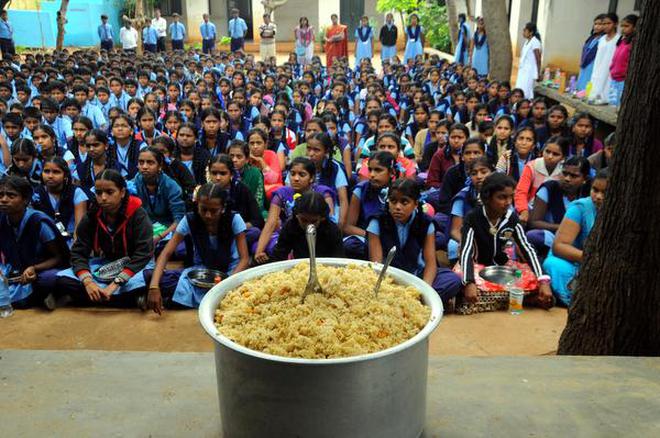 After controversy hit the State government’s midday meal programme in schools with the Akshaya Patra Foundation (APF) refusing to include onion and garlic in the meals, the Department of Primary and Secondary Education has decided to get the opinion of students and teachers.

S.R. Umashankar, Principal Secretary to the department, said it was important to seek the opinions of stakeholders before deciding on the future course of action.

In November, the department issued a notice to the foundation to include onion and garlic in the meals. The State food commission had received complaints that many students were skipping the meals or eating smaller portions as they found the food unappetising without onion and garlic. The APF, though, has said that it can serve only “satvik” food.

Officials say the memorandum of understanding between the foundation and the CEO of Bengaluru (Urban) Zilla Panchayat, which was supposed to be signed in April last year, will be put on hold till the issue is sorted out.

Meanwhile, the Central Food Technological Research Institute has sent a report to the department based on its earlier research findings on how both onion and garlic enhance the bioaccessibility of iron and zinc from foodgrains.

Veena Shatrugna, a clinical nutritionist and former deputy director of the National Institute of Nutrition, said it is possible that garlic and onion allow absorption of iron, which is normally 5-7% when it comes to vegetarian food. “Normally, phytates and oxalates found in vegetarian diets precipitate iron and zinc and prevent their absorption from the gut. Onion and garlic appear to enhance the absorption of these minerals,” she said, adding that this was significant because 50-70% of children in India are anaemic, mainly because of iron deficiency.

Dr. Shatrugna said including onion and garlic in food has several health benefits, including reducing cholesterol in adults and the materials acting as anti-oxidants. Besides this, the aroma and taste of the food enhances the quality of the food, she said. “It is important that we ensure the taste of the nation is not monotonous.”

The institute has, however, also stated that during their survey conducted across 270 schools in Mysuru district in January and May 2017, the calorific value of the meals supplied by the APF was higher than that in school-cooked meals.

“However, although there are more calories in the meals supplied by the APF, teachers are complaining that many students do not eat the food as it is not tasty and does not have onion and garlic,” a senior official in the education department pointed out.