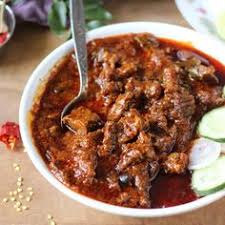 Strict vegetarians who insist their children live by the same principles were criticised today by a leading nutrition expert.

Denying growing children animal products in their diet during the critical first few years of life was “unethical” and could do permanent damage, said Professor Lindsay Allen, from the University of California at Davis.

She conducted a study which showed that adding just two spoonfuls of meat to the diet of poverty-stricken children in Africa transformed them both physically and mentally.

Over a period of two years the children almost doubled their muscle development, and showed dramatic improvements in mental skills. They also became more active, talkative and playful at school.

Speaking at the annual meeting of the American Association for the Advancement of Science in Washington DC, Prof Allen said: “Animal source foods have some nutrients which are not found anywhere else. If you’re talking about feeding young children and pregnant women and lactating women I would go as far as to say it is unethical to withhold these foods during that period of life.

“There’s a lot of empirical research that will show the very adverse effects on child development of doing that.”

She was especially critical of parents who imposed a vegan lifestyle on their children which denied them milk, cheese and butter as well as meat.

“There’s absolutely no question that it’s unethical for parents to bring up their children as strict vegans,” she said.

Meat provides a concentrated source of essential micronutrients such as zinc, vitamin B12, calcium, iron and vitamin A. which cannot easily be obtained solely from plant foods.

The African study involved 544 children in Kenya, typically aged about seven, whose diet chiefly consists of starchy, low-nutrition corn and bean staples lacking these micronutrients.Over a period of two years, one group of the children was given a daily supplement of two ounces of meat – equivalent to about two spoonfuls of mince.

Two other groups received either a cup of milk a day or an oil supplement containing the same amount of energy. The diet of a fourth group was left unaltered.

The changes seen in the children given the meat, and to a lesser extent the milk or oil, were dramatic.

“In terms of cognitive function, the group that received the meat supplement showed the biggest improvement in fluid intelligence over the two years, and those who had either milk or energy supplements were better than the controls.

“The group that received the meat supplements were more active in the playground, more talkative and playful, and showed more leadership skills.”

Test scores for mental skills improved by 35 points for the meat group, 14 for the milk, and remained unchanged for the children who received no supplements, she said.

Adding either meat or milk to the diets also almost completely eliminated the very high rates of vitamin B12 deficiency previously seen in the children.

Prof Allen added: “It’s important to know that these important benefits to human function and human capital were seen in just two years.

“Had these children received these foods earlier in life or their mothers received them when they had been pregnant, or people could receive them throughout their lives, we think that the improvements in human capital development would be even more dramatic.”

She stressed that although the study was conducted in a poor African community, its message was highly relevant to people in developed countries.

Studies of vegetarians in both the United States and Europe had shown that missing out on meat and dairy products can permanently impair a child’s development.

Researchers in Holland found that by the time children were 16 years old it was too late to help them by re-introducing meat and milk into their diets. They remained impaired.

Prof Allen accepted that adults could avoid animal foods if they took the right supplements, but the risks were too great for developing children.

Traditionally supplements have been used to address the problem of nutritional deficiency in developing countries.

But new evidence has shown that the best policy is to provide more animal source foods, the meeting heard.

In Africa, good results had been obtained from giving people a dried meat on a stick snack which proved both nutritious and appealing.

Professor Montague Demment, also from the University of California at Davis, said a nation’s prosperity could be determined by diet, especially that of children.

“In many countries we see what I call the poverty malnutrition trap,” he said. “Poverty creates malnutrition and malnutrition reinforces poverty. Maybe in the short term you can supplement, which is how many donors have attacked the problem. That is giving pills, but pills don’t grow economies. Food grows economies.”