Are Akshaya Patra Kitchens What They are Made Out to Be? 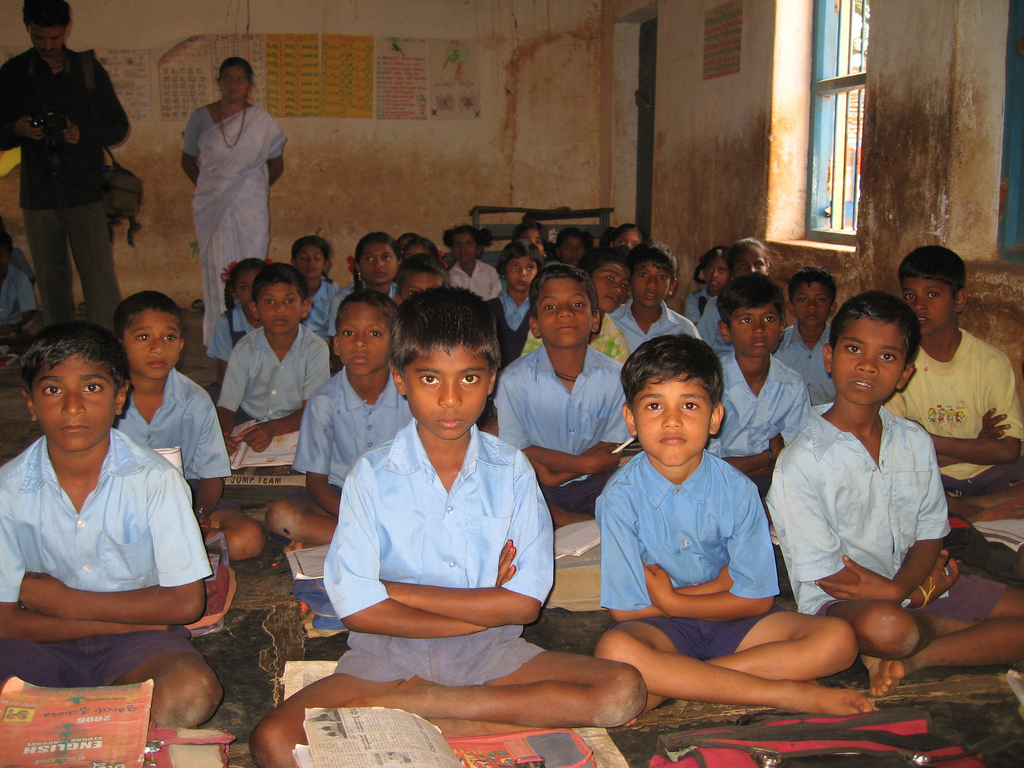 The midday meal scheme is an investment in India’s children and future. It seems unnecessary to let religious or other agendas get in the way of this.

In recent years, NGOs have become increasingly involved in supplying meals to schools as part of the government’s midday meal scheme, particularly in large urban areas. Akshaya Patra is the largest of these, currently working in 10 states, feeding 1.4 million children each day. Centralised kitchens are vast and impressive. Huge quantities of food are produced in a mechanised manner and in hygienic conditions. The shiny kitchens contrast starkly with the decentralised model where, at best, the food is prepared in a simple kitchen and is cooked and distributed at the school by a local cook (usually a needy woman).

On the surface, it is thus tempting to laud organisations such as Akshaya Patra and endorse the centralised model. Tavleen Singh did just this in the Indian Express on July 19 when she recommended ‘a visit to any Akshaya Patra centre to see the difference between the school meals they provide and what government school kitchens provide’. I have spent the past nine months researching the midday meal scheme and take issue with this endorsement of Akshaya Patra. I believe we need to be cautious about such a simplistic acceptance of NGOs and centralised kitchens.

There are indeed many differences between the school meals provided by Akshaya Patra and school-based kitchens. Firstly, in decentralised kitchens you will find onion and garlic being used. Akshaya Patra does not use these ingredients for religious reasons. It is disconcerting that in a secular country, an organisation in partnership with the government is being allowed to dictate the menu according to the religion of its own promoters. For every Rs 7.40 Akshaya Patra spends per lunch per day, the government provides Rs 4.38. It is not clear why religion should be part of this government food security scheme.

More detrimentally, the NGO’s religious beliefs are also preventing the inclusion of eggs in the scheme in Rajasthan and other states such as Karnataka. Both the poor nutritional status of India’s children and the nutritional benefits of eggs are well documented. There is also a demand for eggs. In my research, I found that of 135 parents, 90% wanted their children to have eggs in school. A quarter of this sample were parents of children attending a school supplied by Akshaya Patra. It is not an absence of demand or even a lack of resources that is stopping these children from getting eggs, but the religious beliefs of the NGO’s promoters.

Secondly, in schools with a well-functioning midday meal scheme, you will find fruit being provided once a week. The weekly provision of fruit is stipulated in government guidelines and is desperately wanted by poor children who rarely consume fruit at home. Although providing fruit is a difficult task for many schools due to the meagre budget, most try. Yet, certainly in their Nathdwara and Jaipur kitchens, Akshaya Patra do not provide fruit at all. This is despite the considerable resources received from the government, CSR funding and donations.

Thirdly, in schools with a decentralised kitchen you will usually find hot and fresh food, cooked by local cooks according to local taste and preference. Visit schools where the food is provided by Akshaya Patra and you will find far blander food and piles of unwanted chapatis. Fresh chapatis at the Akshaya Patra kitchens are quite good. After they have been stored in a container for hours, they are almost inedible. In the centralised model, there is no space for local or cultural preference and no consideration of what people usually eat or want to eat.

Fourthly, in the villages of rural Rajasthan, you will find the needy, mostly Dalit women and often widows, employed as cooks. The work is hard and they receive an almost insulting Rs. 1000 per month, but it does provide a much-needed source of employment. When you centralise the kitchens, this source of rural employment is lost. Fewer people are employed, and preference is not given to the needy.

Further, the National Food Security Act stipulates that centralized kitchens can only operate in urban areas. Yet, for instance, the Akshaya Patra kitchen in Nathdwara supplies the whole block, in violation of the Act. This means that food is kept in containers for many hours before it is consumed raising food safety concerns. The model also prevents community participation.

These concerns extend to centralised kitchens in general. Kitchens run by NGOs are constantly being found to be inadequate and are closed down. For example, a centralised kitchen run by the Naandi Foundation used to supply food in Girwa block in Udaipur district. After many complaints from schools and parents about the quality of the food being provided, the kitchen was closed and the decentralised model was adopted. A 2013 parliamentary report raised questions over the funding of Akshaya Patra and ISKCON and the loss of employment for cook-cum- helpers. Moreover, the very recent CAG audit of the scheme found the suppliers in Delhi were not supplying enough food and in Karnataka ISCKON served 1.04 lakh kg less grain than required.

This is not to suggest that there are no problems with decentralised kitchens. Of course, there are. Time and time again I have witnessed schools without adequate cooking and storage facilities, schools not following the prescribed menus, schools struggling for money because the budget is too low and cooks not being paid on time. These problems need urgent attention, yet the recent budget cuts are likely to exacerbate them.

I am also not suggesting that there is no role for centralised kitchens in the midday meal scheme. Perhaps they have a role to play in large urban areas (although I do wonder whether a more localised system of collective kitchens run by local people might be the better way). Akshaya Patra provides hygienic food regularly and should be commended for this.

But, we need to be careful. Careful of letting seemingly benevolent NGOs supply food according to their own agendas, without regard for guidelines and without rigorous monitoring. Careful of losing sight of what and who the midday meal scheme is for. The midday meal scheme is an investment in India’s children and future. It seems unnecessary to let religious or other agendas get in the way of this.