What ‘eggzactly’ is the problem with ISKCON providing mid-day meals? 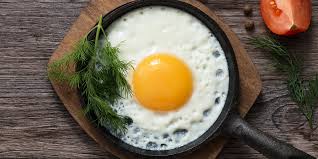 The decision of the International Society for Krishna Consciousness (ISKCON) to terminate its mid-day meal contract with the state government of Andhra Pradesh is a welcome move and much required in all other states of the country as well where the NGO supplies mid-day meals. In Chitoor, ISKCON has apparently been supplying MDM to 46,725 students of 464 schools in 11 mandals. The National Institute of Nutrition has made the provision of eggs compulsory in mid-day meals but the NGO has refused to do so on account of their religious beliefs and had even suggested that if the government insisted on giving eggs, then an alternate mechanism should be set up. Akshaya Patra already boasts of feeding 1.6 million children in 13,808 schools in 12 states and as part of a ‘Feed the Future Now’ campaign hope to serve five billion meals to children across India by 2020.  Some of the disreputable but not unsurprising supporters of this ambitious project are Nestle and Pepsico, whose ‘contribution’ to nutrition needs no further explanation. A few issues would need to be discussed and understood in this context.

It is important to understand why eggs are recommended by nutritionists, paediatricians and policy makers. Medical and public health doctors are, without exception and irrespective of religions, caste, class or social status, taught about nutrition and how a complete and balanced diet is essential for health, well-being and productivity, often with inter-generational impact.  Inclusion of eggs, flesh foods and fish enhances the quality of diet and are a rich source of proteins. Consumption of at least three eggs a week is recommended in view of several nutritional advantages. Eggs are a rich source of all nutrients except Vitamin C and egg protein has high biological value and digestibility, so much so that egg is a reference protein in nutrition work. The Indian Food Composition tables, 2017 by the National Institute of Nutrition reveals that proteins derived from whole egg had comparatively higher protein bioavailability of 94%, which is much higher than vegetable proteins like bengal gram (76%) and soya bean (54%). It is also very important that cultural diversity is preserved particularly in a country like India with its variety of culinary delights. It is already known that in the US, a few companies control the entire food industry under few different names. The foods are only a minor variation of each other leading to a monotony of taste and a very narrow range of choices. In India, even a bike ride over a few hours lays bare the unimaginable diversity of our foods.

The second question to ask is can one NGO really replace a government mid-meal program?

In Bengaluru, as early as 2009, ISCKON was under the radar for selling off rice being supplied to it from the Public Distribution System (PDS) at the rate of 13 tonnes of rice a day, and 4,441 quintals of rice had been seized !!

In 2013, a Parliamentary standing committee of the welfare of Scheduled castes and scheduled tribes had sought a thorough examination of allegations against ISKCON and Akshaya Patra for collecting ‘unauthorised and illegal donations from public, in India and abroad, for the government sponsored midday meal scheme for school children”.  It raised questions over the funding of Akshaya Patra and ISKCON and the loss of employment for cook-cum- helpers. The recommendations include that credentials of all NGOs should be verified and that state governments should periodically check the functioning of these NGOs and proper utilisation of funds. The blatant advertisements by Akshaya patra for funds for ‘free meals’ doesn’t seem to show that any kind of periodical checking is happening.

A Performance audit of the mid-day meal scheme from 2009-10 to 2013-14 by the Ministry of Human Resource development shows several gaps that are cause for serious concern. It shows that out of 24 selected schools where cooked MDM was supplied by ISCKON, teacher feedback was positive only in 25% schools. CAG has found financial irregularity and mentions how ISKCON, Mumbai lifted only 21,511.6 quintals of rice against the requirement of 68,561.18 quintals but “it was seen that payment for cooking cost was made to ISKCON at full rate during 2010-14 resulting in excess payment of Rs 11.67 crore to ISKCON.” CAG said test results of 187 meal samples prepared by ISKCON during 2010-14 revealed that meals failed to meet the prescribed standards. In Maharashtra, ISKCON had collected donations amounting to 36,08 crore from various foreign and Indian organisations for the MDM scheme. It was found to be ‘inappropriate as the scheme is totally financed by the Central and State governments, released as per prescribed norms.

The third question that needs to be asked is whether a religious institute can control eating preferences of people?

Lana Whittaker, as part of her PhD has critiqued  the Akshaya patra model of MDM. She writes that Akshaya patra was, in 2015, present in 10 states and ‘feeding 1.4 million children every day through centralised kitchens in contrast to the simple decentralised kitchens where food is cooked and distributed at the school by a local ‘usually needy’ woman”. She goes on to say that one of the differences between locally cooked school meals and those provided by Akshaya Patra are that the former use onion and garlic in the meals. She says that it is disconcerting that in a secular country, an organisation in partnership with the government is being allowed to dictate the menu according to the religion of the organisational promoters. She questions why when the government is funding the initiative, religion should play a role in deciding the menu. She states that apart from the nutritional status of India’s children and the nutritional benefits of egg being well documented, she also found that 90% parents whose children attended schools supplied by Akshaya Patra, wanted their children to have eggs in school. She also goes on to say that in the centralised model ‘there is no space for local or cultural preference and no consideration of what people usually eat or want to eat.’

When a majority of children at government schools are from marginalised communities, garlic, onion and eggs form an important part of their diets, limited only by the fact of affordability. The idea of a supplementary meal is to provide children a meal that is as culturally similar to what they are provided at home. Can a centralised, religiously driven organisation provide this? As recently as March 2017, the ‘sattvic’ diet of Akshaya patra was given as a reason not to consider the NGO for running the subsidised canteens in Bengaluru and a state official had apparently said that ‘while bland free meals were good enough for children at elementary schools, the paying customers of the subsidised Indira canteens would not buy such food, however cheap it was”. It is unclear why it is more acceptable for ‘free food’ for children to be bland than food provided in canteens. Is it because children cannot complain?

In Chandigarh, the Education department decided not to source MDM from ISKCON, as their cluster kitches were providing MDM to over 25,000 children which was of good quality. Confirming the development, Saroj Mittal, Deputy Director, School Education-II, said, “Last year, I had visited the ISKCON kitchen in Gurugram to discuss the proposal of the department with their officials. I toured the kitchen and even tasted the food, which is made without onion and garlic. Frankly, I did not find it suitable for the north Indian palate.” She added that even the chapattis served were machine made, not suitable for consumption after a few hours of preparation.

In Bhuvaneshwar,  Teachers and parents claim that attendance of the children at schools, which was earlier higher on days when egg was being provided, had started to decline now.

The idea of a centralised system of providing food has taken scant account of the local economy around the schools that would suffer adversely – the local suppliers of ingredients, the women who receive a salary, even a pittance to prepare the meals and clean up afterwards, those who transport the ingredients etc.

In AP the agitation by the workers, is an important step towards countering the growing privatisation of the mid-day meal scheme and indeed the entire nutrition sector which is seen as highly lucrative and profitable. The General Secretary of the Karmika Sangham in AP, K Swaroopa Rani said that government considers those serving for midday meal scheme as part-time workers who work two hours a day. “In reality, apart from cooking, the workers perform chores like cleaning the kitchen, arranging LPG, vegetables, serving food, and cleaning the utensils. The actual duration of their work extends beyond the schedule fixed by the government,” she said. Responding to the privatisation of the mid-day meal scheme, Swaroopa Rani said that the State government, in the name of streamlining and maintaining quality of the food was exploring all possibilities to privatise the service with commercial interests, which was highly deplorable.

If 1.6 million children are going to be provided meals by a single NGO, can it really be more efficient than a government system that is already in place? What would happen to the nutritional and cultural diversity of different communities and geographic regions? Is it a process of religious indoctrination? When a majority of people in Karnataka are non-vegetarian and when government funds are being given to Akshaya patra, should they be allowed to make diktats on what should and should not be given in their meals?

IN AP, the concerted efforts of the National Institute of Nutrition, the Commissioner of School education, voluntary organisations, school unions, district commissioners, civil society has led to pressure on the NGO to either meet the necessary nutritional standards as recommended, or withdraw from supply. SImilary criticism has come from other states as well.

This should be the modus operandi in al the states, particularly given the loose statements of Union Minister for Women and Child Development, Menaka Gandhi who seems to imply that an entire government structure, however inadequate, can be replaced by one centralised NGO. Her solution for gaps in public systems, seems to be to completely privatise These irresponsible opinions should be countered and challenged strongly in the interest of decentralised mechanisms as well as the inalienable nutritional rights of school going children with the state holding the absolute responsiblity.

The writer is a public health doctor and researcher based in Karnataka and part of the Right to Food campaign. She works around issues of how large scale corporatisation and privatisation adversely